Get your free copy of Covid-19 Recovery Checklist For Legal Teams to get your legal ops back on track.

Get your free copy of Covid-19 Recovery Checklist For Legal Teams to get your legal ops back on track.
Why AXDRAFT?
Industries
Customers
Pricing
Blog
Sign InRequest Access
SoftwarePharmaProperty ManagementCPGBanks
AXDRAFT benefitsCompetition vs. AXDRAFT
Back to all articles
Legal tipsMay 15, 2020

The Effect of Global Crisis on Contract Management 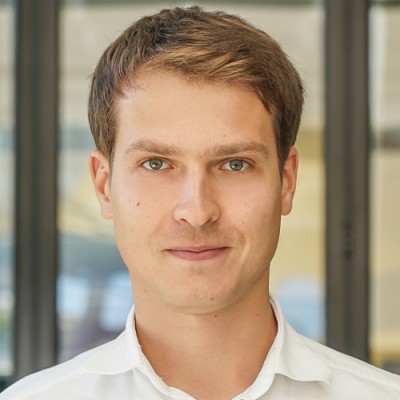 Contracts are the lifeblood of any business, and a universal language that describes the wellbeing of a company. One can often evaluate the company’s performance based on the volume and types of contracts they are generating.

The global lockdown was a largely unpredictable phenomenon, and many companies have been shaken to the core in their attempt to sustain the economic effects of the quarantine.

We have analyzed the behavior of our users and the types of documents they generate to identify the trends in contract management brought about by the crisis.

This research is based on analysis of representative selection of over 40,000 contracts created across 5 industries by companies having from 500 to 10,000 employees.

Here is what AXDRAFT contracts tell us about the current state of the economy across some of the industries.

Contracts are the lifeblood of any business, and a universal language that describes the wellbeing of a company.

The small spike in March indicates the fact that the lockdown has called for quick issuing of risk management policies, and digital transformation. Many businesses were unprepared and had to quickly adjust to the new landscape.

In April and May we can see the decrease in activity, which marks the cost savings mode on a large scale, and the overall drop of business activity and launching new initiatives. For the most part, businesses were much rather in support mode than expanding and onboarding new clients, and focused on the service delivery to the existing audiences. However, in June we can witness the growth gradually resuming, as the businesses are taking on the steps to resume the activity on a larger scale, and are seemingly becoming less cautious about scaling their activity back to normal.

However, as we can see further, the boost was triggered by certain industries, while some still remaining in business stagnation.

We’ve gathered Top 5 document types generated each month to illustrate how contract management priorities have changed since the beginning of 2020.

While many companies were renewing agreements and re-stocking at the beginning of the year, the quarantine has changed the business needs, and called for massive updates to the existing contracts triggered by the change in operation. We can take note of the drop in the demand for new supplies, parallel to the increase of service agreements, which can be explained by the extensive digitalization of services.

In May we can see a somewhat different picture, with the increased document diversity, which has dropped the proportion of the most generated documents. Sales documents are still the most widely used type, however the volumes of sales and procurement indicate the overall economic stagnation.

In June the situation has changed, and we can see businesses scaling their existing processes a bit with the increase in procurement, yet the new sales agreements are dropping which means that companies are largely supplying to the existing clientele. Also, more amendment agreements have sprouted, which mostly consist of rent-related documents, which is characteristic of businesses coping with the quick shift to remote and now re-opening on the regular office-based model.

Real estate industry was among the first to suffer from the implications of the lockdown and the global shift towards remote work. While the number of contracts in January and February was considerably lower, the most generated documents were Tenancy Agreements. In March and April, the most generated documents were Stand-Still Agreements, which illustrates the global drop in demand for onsite production.

In May the number of real estate contracts has grown, and in June spiked, with the top documents being Lease Agreement Renewals and Addendums and Changes to Lease Agreements, which can be attributed to the end of lockdown measures. Real estate companies are adjusting to the reality of the post-COVID world, and documenting the updates to their services, while their clients are resuming the regular workflows. Overall, this shows positive market dynamics, especially for small and medium businesses who are among the main users of property rental services.

With the legal industry being quite conservative and typically demonstrating longer decision-making cycles, many lawyers were concerned about the potential drop across the volumes of legal work. However, what we see is the increased demand for legal services during the beginning of the crisis, when companies needed help in navigating the new legal landscape, followed by imminent drop when cost management became a top priority, pushing litigation out of the spotlight, and postponing legal matters. The trend remains persistent in May and June, however, we expect it to change as the aftershocks of the economic crisis are only starting to kick in, and legal assistance is yet to be needed for many companies.

Digitalization of activity is the only way for many businesses to survive the global crisis, and the increase in the document flow is a marker of companies’ adjustment processes. In March and April, the most generated documents across the Delivery industry were Service Agreements, which illustrates the growth of venues in the delivery network, and the demand for the employees carrying out product delivery. The subsequent drop in new contracts indicates the drop in customer spending, and the plateau shows that companies have reached the expected capacity to keep their services at a level that matches the consumer needs.

While remote work is a well-familiar concept for software companies, many of them cater to the needs of businesses that cannot perform offsite, hence the drop in April.

HR teams are among the frequent users of contract automation. In April and March most of the generated documents were Service Agreements and Work Orders, and we can see a pattern suggesting the drop in hiring in-house talent, followed by the increase in the involvement of freelancers. In May and June the delivery volumes have dropped with the deterioration of the economic situation in general, and the decrease in the demand for IT services across many companies employing outsourced power.

While the demand for commonplace banking operations remains, the trend in document management suggest the drop in new clients and the number of new deals. With a dramatic drop in the demand for loans, decreased cash flow and many departments being closed, we can see the stagnation this industry witnesses in April and May. In June the situation appears to be even more dramatic, as business growth and the funding of new initiatives is currently being postponed, and the demand for banking services is dropping.

While the quarantine measures are gradually being cancelled, digital transformation is expected to continue further, even if in terms of risk management protocols. As businesses will be resuming regular activity, we still expect the concept of “personal contact = risk” to linger for quite some time, if ever to vanish completely. Therefore, more and more areas will be digitalized, which will be reflected in the documents businesses generate. Thus, we can expect more amendments and increased sales and procurement volumes as the stagnation ends.

In the meantime, while not very lengthy, the economic crisis has impacted every industry, and the actual outcomes are to be seen in the second half of 2020, supposedly also reaching into 2021.

We will keep analyzing the tendencies further into the year, to see how contract management dynamics changes with the aftershocks of the global quarantine.

What Lawyers Can Pick Up From Astronauts

10 Quality Assurance Tips for Your Contracts in 2021

What Lawyers Can Pick Up From Astronauts

10 Quality Assurance Tips for Your Contracts in 2021